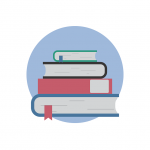 This is a full glossary/dictionary of useful words you will find on Big Business English.